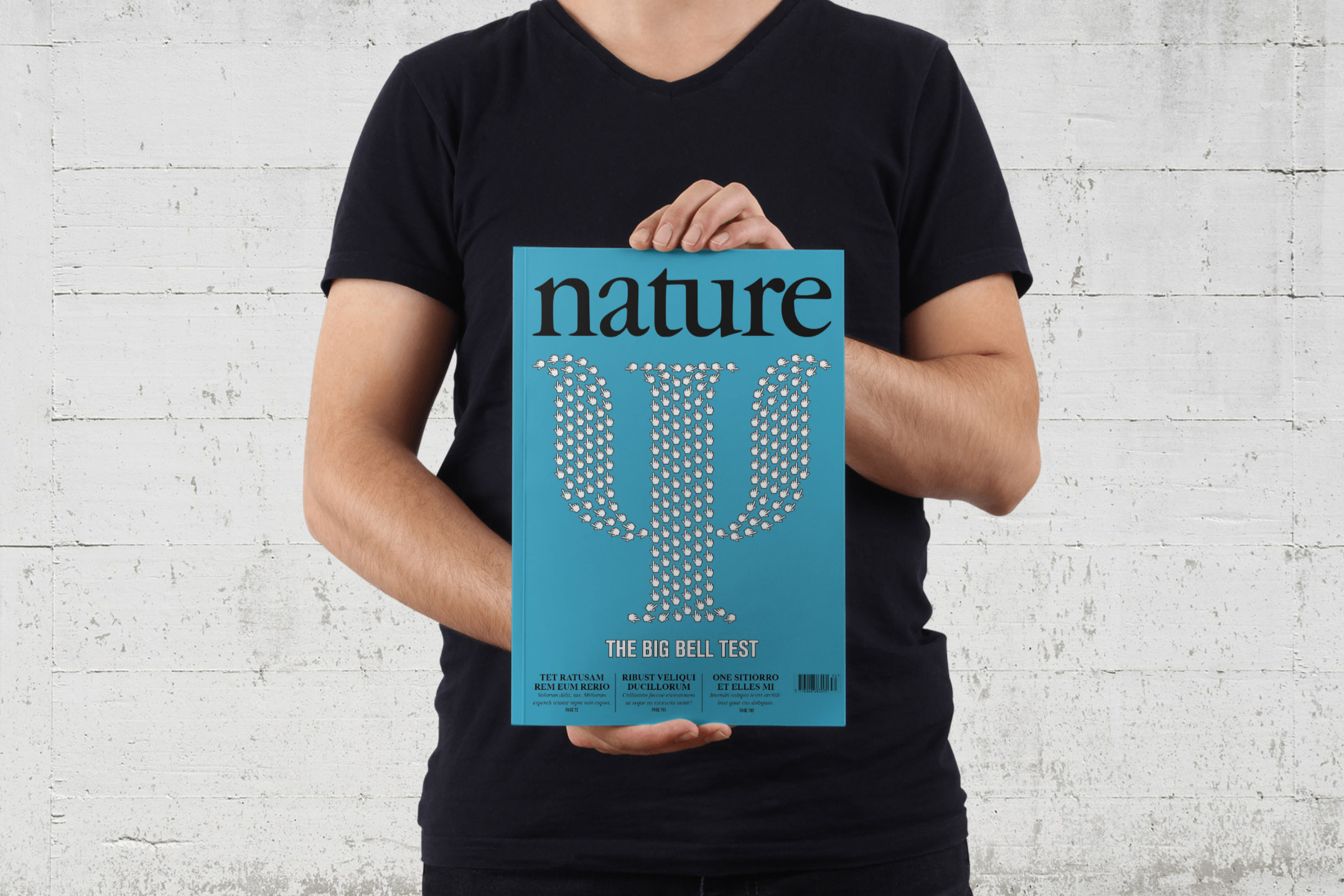 On November 30th 2016, 12 laboratories around the world joined forces to realise a complex quantum physics experiment that was called the Big Bell Test. During 24h more than 100.000 people from different countries continuously generated data by playing an online game, which were used by the scientists in their experiments. The findings of this massive scientific collaboration were published by the prestigious Nature magazine.

I was asked to create an illustration for the article. The solution was to generate a greek letter Ψ (a well known symbol in quantum physics) formed by many hand icons to highlight that thousands of people collaborated in a quantum experiment through an internet game.